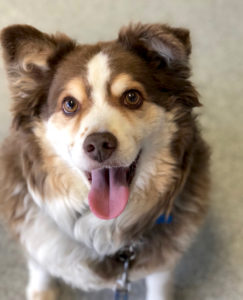 This month’s Pet of the Month is Bear from Aussie Rescue of Southern California.

Bear is an 8 year old neutered male mini red tri Australian Shepherd. Sadly, some months ago, Bear’s beloved owner passed away. Bear was her constant companion and never left her side. Because she wasn’t well Bear became protective of her. Like most Aussies it takes Bear a little while to warm up to meeting new people and dogs.  Bear rides well in the car, walks nicely on the leash (occasionally he becomes concerned about a passerby however, with moderate correction he is easily reminded that they are none of his business), he is not destructive and rarely barks, loves to be brushed and is affectionate. He has come to be friends with stable, trained dogs while in the care of our trainer Farren Mahone. However, Bear is NOT a dog park dog. He will take great offense to rude dogs running up to him, as well as take offense if he thought said rude dog would try to come in-between you and he.   He would prefer a life as a companion who receives a light evening/morning stroll through the neighborhood.  He would easily live with a smaller low energy dog, or being an only dog would be okay with him also.  We don’t know how Bear is around cats and he would prefer a home without kids. 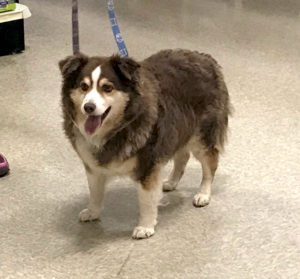 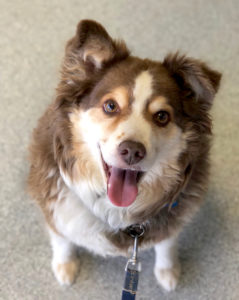 If you are interested in this cutie and live in Southern California or close by and are willing to drive out to meet Bear,  please fill out our adoption application: https://www.aussierescuesocal.com/applications/adoption-application/

If you have already filled out an adoption form recently or have any questions about Bear or other adoptable dogs at Aussie Rescue please email them at:  aussierescuesocal@gmail.com